Picture hundreds of beautiful islands dotted throughout the sparkling blue sea. Now imagine a mild southern climate, stunning panoramic scenery and mouth-watering local food. This is Setouchi, an area in West Japan that is a prime destination for outdoor activities, cultural tourism and appreciation of modern art. The peaceful laid-back ambience of this sea region is guaranteed to bring joy and satisfaction to all visitors.

Kagawa's famous sites include the Ritsurin Garden, rated 3 stars by Michelin Green Guide, the majestic Konpirasan Shrine, as well as the picturesque islands of Naoshima and Shodoshima. The smallest prefecture in Japan is known for island art projects, bonsai culture and an abundance of delicious food - from seafood delicacies to udon noodles, the everyday treat of Japanese people. 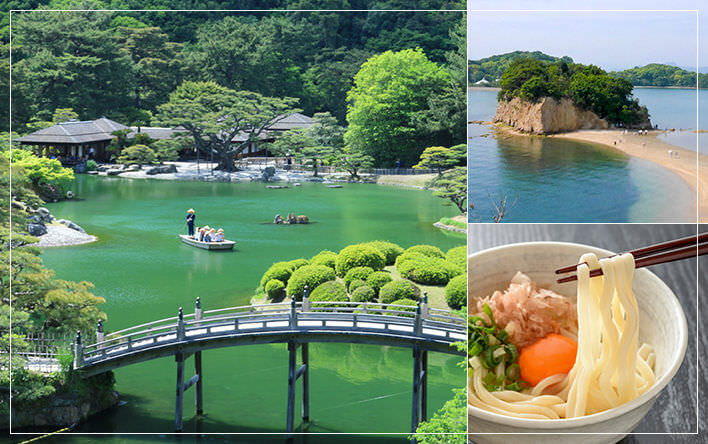 Hiroshima is a symbol of peace and home to numerous World Heritage Sites such as the Atomic Dome, the Peace Memorial Park and the Itsukushima Shrine in Miyajima. In recent years the “Rabbit Island” Okunoshima and Tomonoura Port also enjoy a great number of foreign visitors. The taste of Hiroshima oysters is second to none! 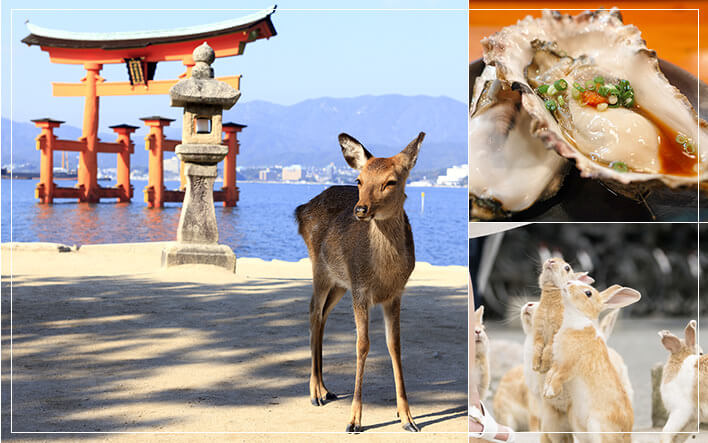 Hyogo is best known for the international harbour city Kobe and the grandiose Himeji Castle, the only one in Japan to be registered as a UNESCO World Heritage Site. Travelers are also impressed by Akashi Kaikyo Bridge, the world's longest suspension bridge, which stretches between Kobe and the large island of Awaji. 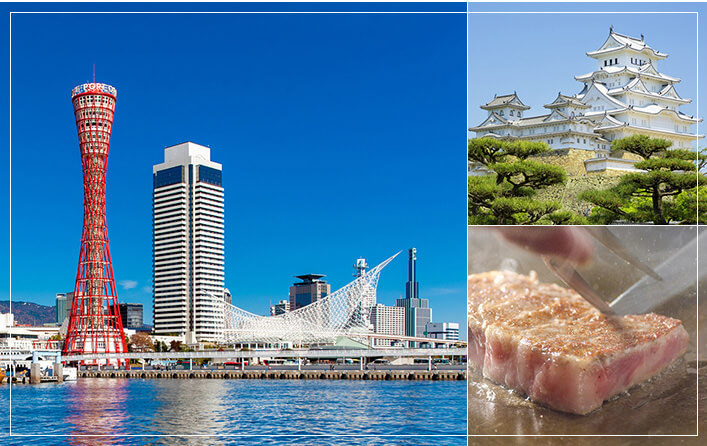