The Kansai area in West Japan is packed with natural and historical attractions easily accessible by day trip from Osaka or Kyoto. Hop from Kyoto, Japan’s former capital, to the oldest capital of Japan, Nara, on an easy train ride less than an hour away, or visit the romantic port city of Kobe, just 30-minutes by train from Osaka. For nature-seekers, the massive Lake Biwa, the mystical Mt Koya, and the beautiful Miyajima Island are must-visits. If you’re looking to delve into traditional Japanese culture, Okayama and Kanazawa City are great destinations, along with Himeji Castle, recently restored to its former glory. Take a step back into history with a visit to Hiroshima’s UNESCO World Heritage site or to Japan’s largest dinosaur museum in Fukui. For those of you who think you’ve seen it all, the unique modern art pieces at Naoshima Island are bound to impress. So, what are you waiting for? It's time to go West! 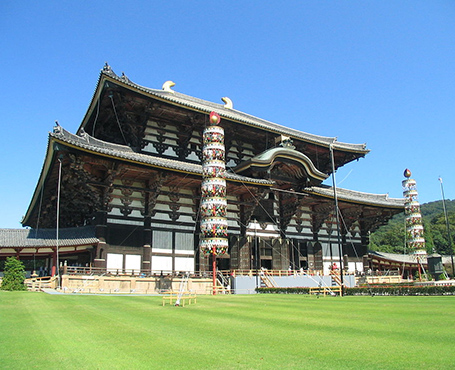 If you are staying in Osaka, a nearby must-visit is Japan's oldest capital, Nara. The city boasts of some of the best historical and cultural sites in the country while retaining a serene and spiritual atmosphere. A stroll through the beautiful Nara Park makes for a peaceful getaway, especially with the friendly, meandering deer that you can feed. Noteworthy temples to visit are Todai-ji, home to the country’s largest Buddha statue, and Kofuku-ji, which is one of the oldest temples in Japan. 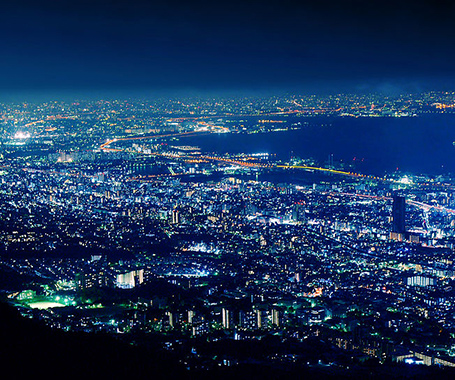 Located right next to Osaka, Kobe City is a popular hop-over destination for tourists and locals. Aside from the never-ending pull of its mouthwatering beef, Kobe brings together the best of a cosmopolitan city and a scenic getaway. The views from this city are particularly beautiful, with a horizon of mountains and an expanse of water from the bay framing the tall buildings. The most stunning view, however, is the night view from Mt Rokko — commonly referred to as the “ten million dollar night view”. After a cable car ride to the mountain’s peak, prepare yourself for a breath-taking view of Kobe’s landscape.

Further west of Osaka is the major city of Hiroshima, with a deep history that is worth a visit alone. The Peace Memorial Park, Hiroshima Peace Memorial Museum, and the Atomic Bomb Dome — a UNESCO World Heritage Site — give a rich insight into Hiroshima’s past, present, and dreams for the future. From here, many people also visit the beautiful Miyajima Island, another World Heritage Site. Its famous floating shrine gate and lush mountains are one of the most picturesque places in Japan.

Explore Hiroshima and Miyajima on a full-day tour

For those interested in Japan’s traditional history, Okayama makes for a great destination. During the Edo period, it was developed as a castle town and became a center of power in the region. You can visit various old castles and shrines, each one with a unique story to tell — from the history of feudal lords to legends of ogres and heroic princes. A spot that cannot be missed is Korakuen Garden. Considered to be one of the three best landscape gardens in Japan, Korakuen Garden is a perfect place to enjoy beautiful views of plum trees and rice fields.

Discover the history and legends of Okayama 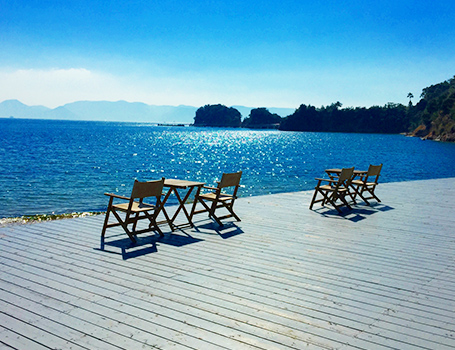 As far as unique artwork and open-air museums go, Naoshima Island has them fully covered. Located between Honshu and Shikoku, this small island is a dream come true for lovers of the avant-garde. There are plenty of unique art installations by prominent modern Japanese artists, interesting art buildings, museums (including a James Bond one), and eye-catching buildings designed by top architects. A visit to Naoshima will give you a glimpse into a unique side of Japan’s modern culture — one that blends the island’s traditional landscape with modern pieces of art.

Marvel at Naoshima Island on a full-day tour 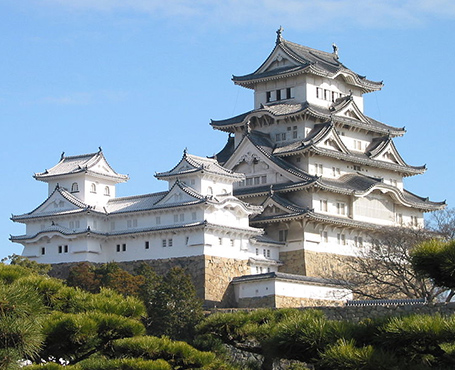 If you’ve heard about Himeji, you’ve probably also heard about its castle. Considered to be the most beautiful of all castles in Japan, Himeji Castle is both a UNESCO World Heritage Site and a national treasure. Unlike most castles in the country, Himeji Castle did not succumb to any of the country’s feudal wars, fires, or earthquakes, and remains standing after 400 years. Its spectacular architecture is both elegant and startling, with over eighty white buildings connected by a labyrinth of winding paths. Aside from exploring its grand interior, you can also enjoy its Japanese-style garden which is especially popular during cherry blossom season.

Travel by bullet train from Kyoto to Himeji 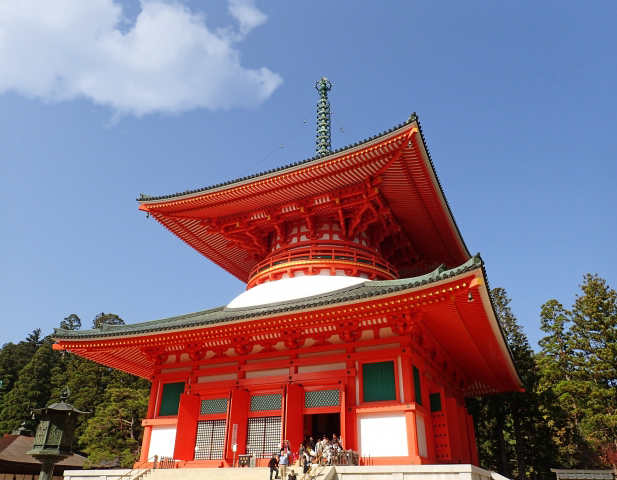 Mt Koya in Wakayama prefecture is one of the most important and sacred mountains in Japan. The father of Japan's Buddhist development, Kobo Daishi, was said to have wandered all over the country for years in search of a suitable center for Buddhism. At last, he chose Mt Koya and began building the famous Garan temple complex. Since then, Mt Koya’s forest-covered grounds have become home to over one hundred temples and became the end point of the Shikoku pilgrimage — an important part of the Kumano Kodo pilgrimage route. To gain a deeper insight into Buddhism, a night stay at one of the mountain’s temples is bound to be an unforgettable experience.

Fukui Prefecture is northeast of Osaka on the Sea of Japan coast. Fukui holds several gems that make it worth a visit, including fascinating fossils. See one of the world’s best dinosaur fossil collections: Fukui Prefectural Dinosaur Museum is a perfect day-trip for the whole family. Experience traditional Japanese culture: Obama Sancho-machi district is a designated Preservation District for Groups of Traditional Buildings. Try one of Fukui’s last traditional teahouses: enjoy a geisha performance and a delicious bento lunch. 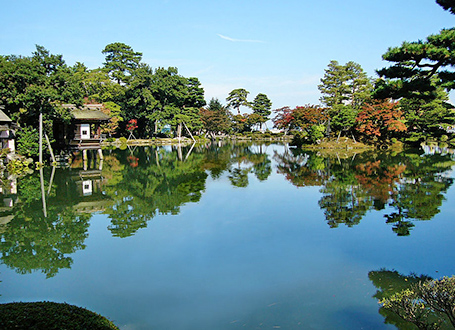 If you’re in Osaka and are short for time, Kanazawa City is a must-visit. Its blend of rich Japanese history, traditional crafts, and well-preserved districts make the city a brilliant travel destination. During the Edo period, Kanazawa was one of the biggest and wealthiest cities. As the home of the powerful Maeda clan, the city first flourished as a temple town and then as a castle town. There is so much to enjoy and explore here, such as Kenrokuen — one of Japan's three best gardens — several well-preserved geisha and samurai districts, and artisan shops specializing in gold leaf crafts and Japanese sweets.

Tour the highlights of Kanazawa City 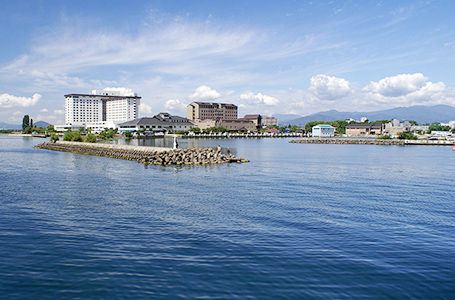 When a lake is called “the Pure Land of the Goddess” by a Japanese monk, one must take note. Located in Shiga prefecture, Lake Biwa has made its way into traditional Japanese history, literature, and poetry. The gigantic lake is both the largest lake in Japan and one of the oldest lakes in the world (four million years old!) It is also home to archeological sites, a diverse ecosystem, a pearl cultivation culture, and of course, plenty of water sports. A paddle through the lake in a canoe is a great way to experience the impressive lake that has so much to boast for. 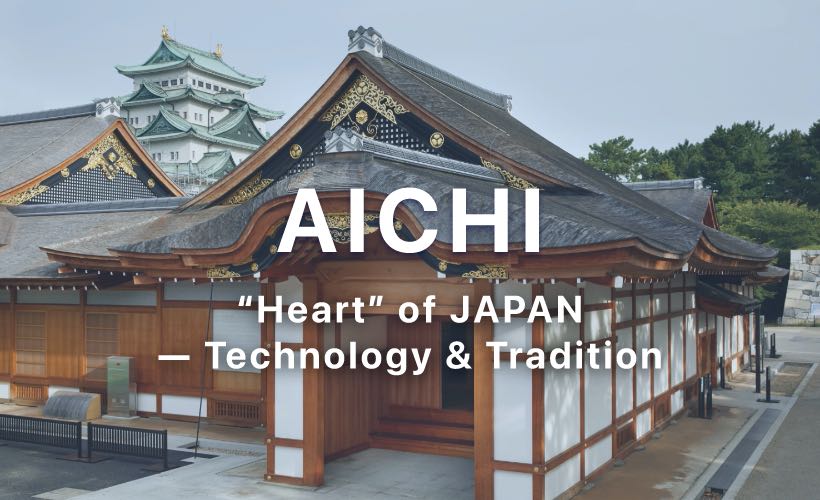