The northernmost prefecture of Japan's biggest island Honshu is truly a boundary between two worlds. Many of Aomori's attractions will make you feel like you have discovered hidden places of special value far away from any familiar surroundings: the sacred mountain Ozorezan, considered a true depiction of the Buddhist hell; the unexplored virgin beech forests of Shirakami Sanchi; the breath-taking beauty of the Oirase Stream originating from the quiet caldera lake Towada. Aomori is popularly known as the prefecture of apples because of the million apple trees grown on its fertile lands. The annually held Nebuta Festival in Aomori city is arguably one of the most popular and visited summer festivals in Japan. 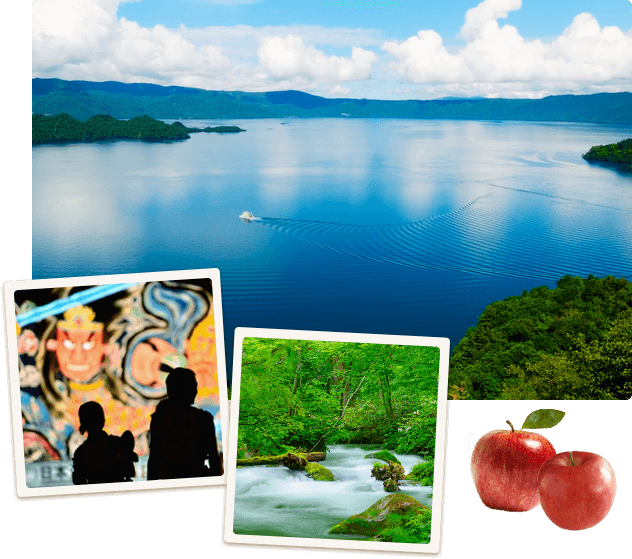 Akita is a prefecture of endless discoveries. Holding the largest number of important intangible folk cultural properties in Japan, Akita's pivotal charm lies in its people and their traditions. Due to the severe conditions and abundant snowfall in winter, the local people are known as tough, attractive and having a particular liking for Japanese sake. Akita's food is famous for its special flavour. Among the prefecture's highlights are the samurai city Kakunodate, the abundance of hot springs in Hachimantai mountain range, the fearsome legend of Lake Tazawa, as well as the unique Kanto Festival held every summer in Akita city. 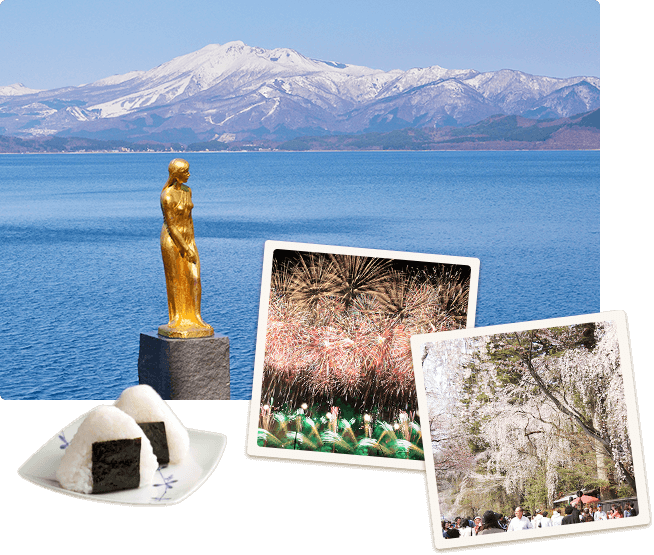 Iwate is the second largest prefecture in Japan and home to many natural and cultural wonders. Among Iwate's must-see places are the former political center of the Tohoku region Hiraizumi, where yet another Golden Pavillion can be found, and the scenic Geibikei Gorge known for its boat tours. The prefecture's spectacular rocky shoreline Sanriku Kaigan was directly hit by the tsunami of 2011, but the recovery process has allowed visitors to enjoy places of unsurpassed beauty such as Jodogahama, Kitayamazaki Coast, Ryusendo Cave and plenty of bays and coves along the rugged coastlines. Iwate is also home to Japan's most popular Koiwai Farm where visitors can relax in the idyllic surroundings of the Japanese countryside. 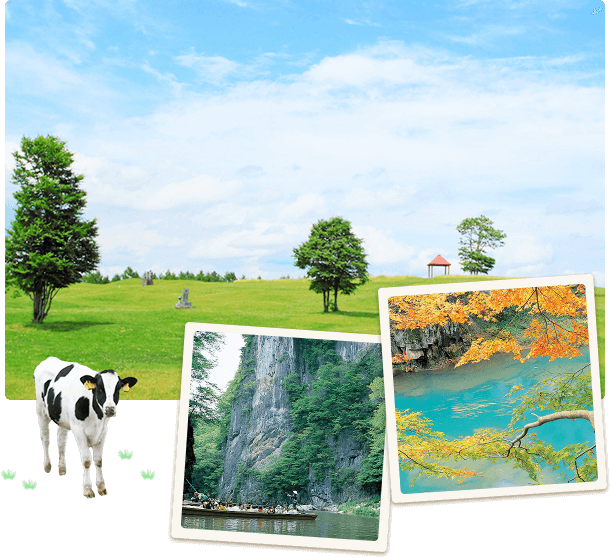 As one of the prefectures with the strongest rural ambience in Tohoku region Yamagata attracts with its natural scenery, agricultural products and rustic hot springs. Just like its name suggests, Yamagata's main source of inspiration lies in the scenic mountains. Visitors can experience climbing the stairs to the hill-top Yamadera Temple, touring the three sacred mountains of Dewa Sanzan, enjoying the fearsome "snow monsters" of Japan's prime ski resort Zao, or simply strolling the old streets of the traditional and atmospheric hot spring town Ginzan Onsen. Yamagata is best known for its branded cherries and pears that are often sold in expensive packages as special gifts all over Japan. 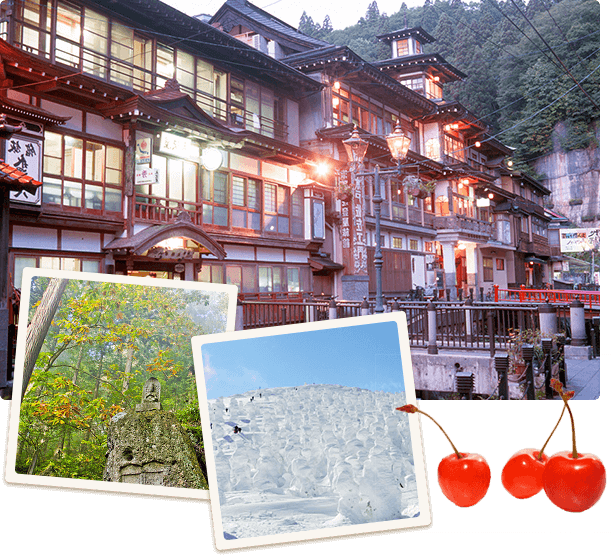 With the largest city of Tohoku region Sendai located in its center, Miyagi can be considered the capital area of northern Japan. As the former base of the powerful local feudal lord Date Masamune, Sendai and its surrounding cities Shiogama and Matsushima offer a wonderful glimpse of Japan's heroic past. In addition, the scenic Matsushima Bay, dotted with hundreds of pine tree islands, is considered one of Japan's three best sights. Despite the inflicted damage from the 2011 earthquake and tsunami, Miyagi is welcoming an increasing number of visitors who often journey to discover little known hidden gems such as the spectacular autumn colours of Naruko Onsen or the cat island Tashirojima. 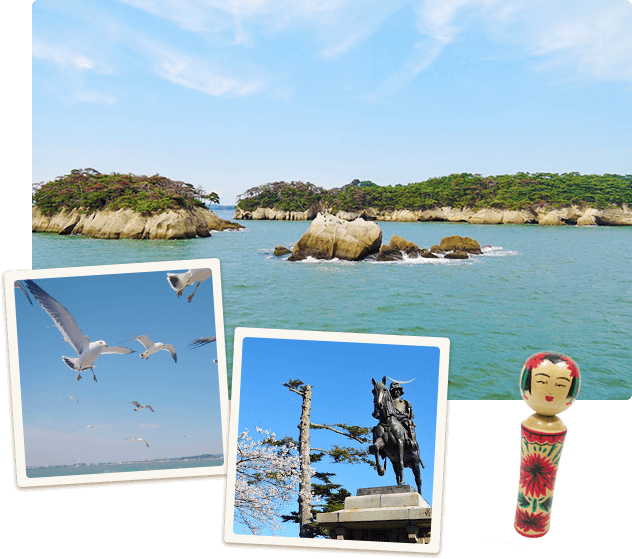 The vast area of Japan's third largest prefecture offers a great variety of experiences and natural scenery. Do not make the mistake of dismissing Fukushima based on its name alone, for you will fail to discover the wonders of the Aizu region located deep into the mountains. Arguably one of the best places to examine the samurai culture of Japan, Aizu-Wakamatsu city offers a unique glimpse into history and traditions. In the nearby villages of Aizu-Hongo, Aizu-Misato and Ouchijuku you will discover the true face of Japan's rural life and crafts. The volcanic highlands of Urabandai will leave a lasting impression with their stunning views and mysterious colourful ponds. 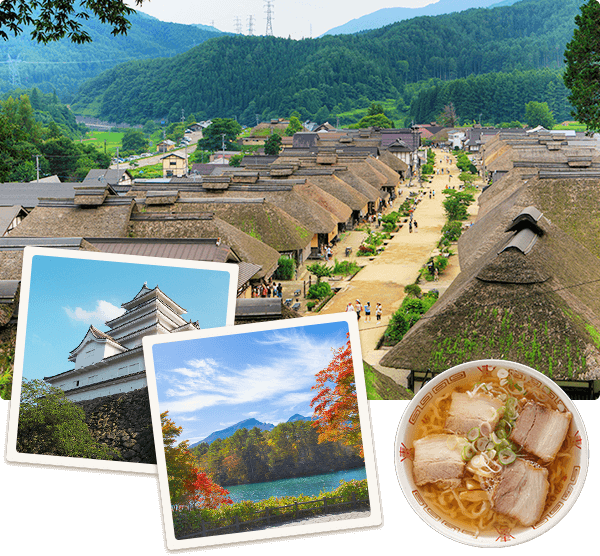